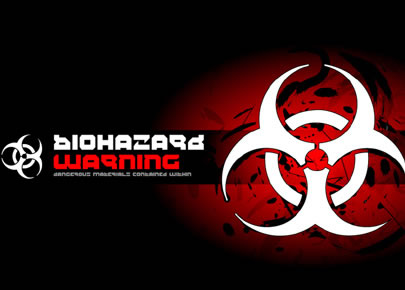 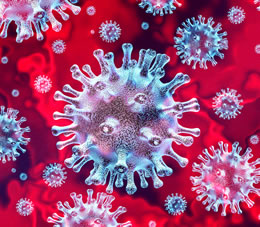 Coronavirus disease (COVID-19) is an infectious disease caused by a newly discovered coronavirus.

Most people infected with the COVID-19 virus will experience mild to moderate respiratory illness and recover without requiring special treatment. Older people, and those with underlying medical problems like cardiovascular disease, diabetes, chronic respiratory disease, and cancer are more likely to develop serious illness.

The best way to prevent and slow down transmission is be well informed about the COVID-19 virus, the disease it causes and how it spreads. Protect yourself and others from infection by washing your hands or using an alcohol based rub frequently and not touching your face.

The COVID-19 virus spreads primarily through droplets of saliva or discharge from the nose when an infected person coughs or sneezes, so it’s important that you also practice respiratory etiquette (for example, by coughing into a flexed elbow).

At this time, there are no specific vaccines or treatments for COVID-19. However, there are many ongoing clinical trials evaluating potential treatments. WHO will continue to provide updated information as soon as clinical findings become available.

As Covid-19 cases fill the hospitals, among the sickest and most likely to die are those whose bodies react in a signature, catastrophic way. Immune cells flood and attack the lungs they should be protecting. Blood vessels leak; the blood itself clots. Blood pressure plummets and organs start to fail.

Such cases, doctors and scientists increasingly believe, are due to an immune system gone overboard — so that it harms instead of helps. 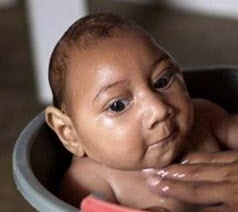 Symptoms - About 1 in 5 people infected with Zika virus become ill (i.e., develop Zika). The most common symptoms of Zika are fever, rash, joint pain, or conjunctivitis (red eyes). Other common symptoms include muscle pain and headache. The incubation period (the time from exposure to symptoms) for Zika virus disease is not known, but is likely to be a few days to a week.

The illness is usually mild with symptoms lasting for several days to a week. People usually don't get sick enough to go to the hospital, and they very rarely die of Zika. Zika virus usually remains in the blood of an infected person for about a week but it can be found longer in some people.

Treatment - There is no vaccine to prevent or specific medicine to treat Zika infections. Treat the symptoms: Get plenty of rest. Drink fluids to prevent dehydration. Take medicine such as acetaminophen (Tylenol®) to relieve fever and pain. Do not take aspirin and other non-steroidal anti-inflammatory drugs. f you are taking medicine for another medical condition, talk to your healthcare provider before taking additional medication. If you have Zika, prevent mosquito bites for the first week of your illness. During the first week of infection, Zika virus can be found in the blood and passed from an infected person to a mosquito through mosquito bites. An infected mosquito can then spread the virus to other people.

Zika virus is 'scarier than we first thought', say US health officials

Yellow fever virus is found in tropical and subtropical areas in South America and Africa. The virus is transmitted to people by the bite of an infected mosquito. Yellow fever is a very rare cause of illness in U.S. travelers. Illness ranges in severity from a self-limited febrile illness to severe liver disease with bleeding.

Yellow fever disease is diagnosed based on symptoms, physical findings, laboratory testing, and travel history, including the possibility of exposure to infected mosquitoes. There is no specific treatment for yellow fever; care is based on symptoms. Steps to prevent yellow fever virus infection include using insect repellent, wearing protective clothing, and getting vaccinated.

Chagas disease has an acute and a chronic phase. If untreated, infection is lifelong.

Acute Chagas disease occurs immediately after infection, may last up to a few weeks or months, and parasites may be found in the circulating blood. Infection may be mild or asymptomatic. There may be fever or swelling around the site of inoculation (where the parasite entered into the skin or mucous membrane). Rarely, acute infection may result in severe inflammation of the heart muscle or the brain and lining around the brain.

Following the acute phase, most infected people enter into a prolonged asymptomatic form of disease (called "chronic indeterminate") during which few or no parasites are found in the blood. During this time, most people are unaware of their infection. Many people may remain asymptomatic for life and never develop Chagas-related symptoms. However, an estimated 20 - 30% of infected people will develop debilitating and sometimes life-threatening medical problems over the course of their lives.

With more than one-third of the world's population living in areas at risk for infection, dengue virus is a leading cause of illness and death in the tropics and subtropics. As many as 400 million people are infected yearly. Dengue is caused by any one of four related viruses transmitted by mosquitoes. There are not yet any vaccines to prevent infection with dengue virus and the most effective protective measures are those that avoid mosquito bites. When infected, early recognition and prompt supportive treatment can substantially lower the risk of medical complications and death.

Dengue has emerged as a worldwide problem only since the 1950s. Although dengue rarely occurs in the continental United States, it is endemic in Puerto Rico and in many popular tourist destinations in Latin America, Southeast Asia and the Pacific islands.

Dengue in the U.S. Travel alerts at CDC

Dengue is transmitted by the bite of a mosquito infected with one of the four dengue virus serotypes. It is a febrile illness that affects infants, young children and adults with symptoms appearing 3-14 days after the infective bite. Dengue is not transmitted directly from person-to-person and symptoms range from mild fever, to incapacitating high fever, with severe headache, pain behind the eyes, muscle and joint pain, and rash.

There is no vaccine or any specific medicine to treat dengue. People who have dengue fever should rest, drink plenty of fluids and reduce the fever using paracetamol or see a doctor. Severe dengue (also known as dengue hemorrhagic fever) is characterized by fever, abdominal pain, persistent vomiting, bleeding and breathing difficulty and is a potentially lethal complication, affecting mainly children. Early clinical diagnosis and careful clinical management by trained physicians and nurses increase survival of patients.

Ebola virus disease (EVD; also Ebola hemorrhagic fever, or EHF), or simply Ebola, is a disease of humans and other primates caused by ebolaviruses. Signs and symptoms typically start between two days and three weeks after contracting the virus with a fever, sore throat, muscle pain, and headaches. Then, vomiting, diarrhea and rash usually follow, along with decreased function of the liver and kidneys. At this time some people begin to bleed both internally and externally. The disease has a high risk of death, killing between 25 and 90 percent of those infected with an average of about 50 percent. This is often due to low blood pressure from fluid loss, and typically follows six to sixteen days after symptoms appear.

The virus spreads by direct contact with body fluids, such as blood, of an infected human or other animals. This may also occur through contact with a recently contaminated item or surface. Spread of the disease through the air between primates, including humans, has not been documented in either laboratory or natural conditions. Semen or breast milk of a person after recovery from EVD may still carry the virus for several weeks to months. Fruit bats are believed to be the normal carrier in nature, able to spread the virus without being affected by it. Other diseases such as malaria, cholera, typhoid fever, meningitis and other viral hemorrhagic fevers may resemble EVD. Blood samples are tested for viral RNA, viral antibodies or for the virus itself to confirm the diagnosis.

Control of outbreaks requires coordinated medical services, alongside a certain level of community engagement. The medical services include rapid detection of cases of disease,contact tracing of those who have come into contact with infected individuals, quick access to laboratory services, proper healthcare for those who are infected, and proper disposal of the dead through cremation or burial.Samples of body fluids and tissues from people with the disease should be handled with special caution. Prevention includes limiting the spread of disease from infected animals to humans. This may be done by handling potentially infected bush meat only while wearing protective clothing and by thoroughly cooking it before eating it. It also includes wearing proper protective clothing and washing hands when around a person with the disease.

No specific treatment or vaccine for the virus is currently available, although a number of potential treatments are being studied. Supportive efforts, however, improve outcomes. This includes either oral rehydration therapy (drinking slightly sweetened and salty water) or giving intravenous fluids as well as treating symptoms. The disease was first identified in 1976 in two simultaneous outbreaks, one in Nzara, and the other in Yambuku, a village near the Ebola River where the disease takes its name. EVD outbreaks occur intermittently in tropical regions of sub-Saharan Africa. Between 1976 and 2013, the World Health Organization reports a total of 24 outbreaks involving 1,716 cases. The largest outbreak to date is the ongoing epidemic in West Africa, which is centered in Guinea, Sierra Leone and Liberia. As of 12 January 2015, this outbreak has 21,364 reported cases resulting in 8,459 deaths.

What you need to know about Ebola

The proboscis of a female mosquito—here a southern house mosquito (Culex quinquefasciatus)—pierces theepidermis and dermis to allow it to feed on human blood from a capillary: this one is almost fully tumescent. The mosquito injects saliva, which contains an anesthetic, and an anticoagulantinto the puncture wound, and in infected mosquitoes, West Nile virus. 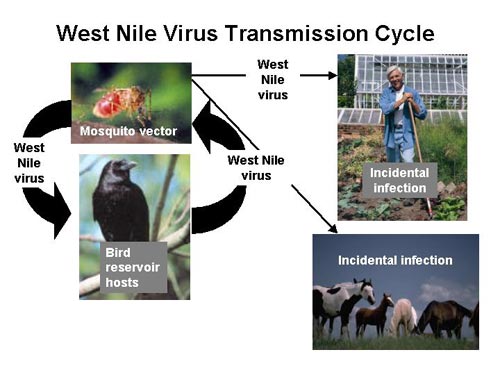 West Nile virus maintains itself in nature by cycling between mosquitoes in the genus Culex and certain species of birds. A mosquito (the vector) bites an uninfected bird (the host), the virus amplifies within the bird, an uninfected mosquito bites the bird and is in turn infected. Other species such as humans and horses are incidental infections, because the virus does not amplify well within these species and they are considered dead-end hosts.

It was only a matter of time. From the moment the first cases of mosquito-borne chikungunya virus were detected spreading through the Caribbean, authorities were expressing concern about the possible introduction into North America. Chikungunya virus is a mosquito-borne virus that causes potentially severe illness. Outbreaks have occurred in many parts of the world but, until recently, it hadn't been reported from the Western Hemisphere.

Since the first reports of chikungunya virus detection among residents of the French side of St. Martin in the Caribbean surfaced in December 2013, there have been over 350,000 cases in Caribbean, Central America and South America. [update 4 September 2014: The total estimated cases now is over 650,000] [update 6 November 2014: Total estimated cases now 750,000] [update 12 December 2014: now over 1 million suspected cases of disease!]

Chikungunya Arrives in the US

Because dengue is endemic in all areas of the Caribbean and Americas that have ongoing chikungunya outbreaks, both dengue and chikungunya should be included on the differential diagnosis of patients returning from these areas with acute febrile illness.